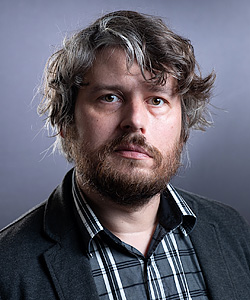 Ondřej Dostál – completed his Ph.D. in paleontology, focusing on the extinct insect order Miomoptera. From 2007 to 2018 he was the director of the Mendel Museum in Brno. He organized the celebrations to mark 190 years since Mendel's birth and 150 years since his lectures, including international exhibitions in the USA, Slovenia, Russia and Taiwan. He has lectured on Gregor Mendel in the Czech Republic and abroad (e.g. Mednel's Days at Villanova University). From 2015 to 2017, he was the chairman of the Association of Museums and Galleries of the Czech Republic, which represents over 300 Czech museum and gallery institutions. He has focused on the popularization of science, having been awarded the 2nd place Prize of the Chairman of the Academy of Sciences of the Czech Republic and NF Neuron in 2016. He was the Czech coordinator of IC Taiwan exhibitions. In 2018 and 2019, he worked at National Cheng Kung University, Tainan, Taiwan and their university museum. He is a member of the exhibition board at the National Technical Museum and the National Museum in Prague. He is currently in charge of international cooperation of the National Technical Museum. He is interested in interdisciplinary connections between disciplines and institutions, as well as the role of museums in biodiversity conservation. 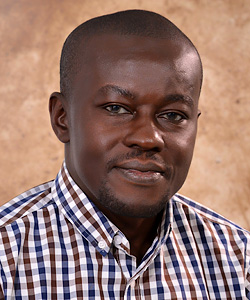 Dr. Mordecai Ogada is a Kenyan carnivore ecologist and conservation scholar who has been involved in conservation policy and practice for the last years in Kenya and other parts of Africa, mainly on human-wildlife conflict mitigation and carnivore conservation. He holds a BSc in Zoology, MSc and PhD in Animal Ecology. His MSc research was focused on the area of human-wildlife conflict, and this is what inspired him to get involved in the rights of communities around conservation of wildlife and natural resources. Dr. Ogada’s professional work has included research and teaching conservation leadership at Colorado State University. Much of his energy has been devoted to the area of community-based conservation, wildlife policy and wetlands ecology. He has worked for over 20 years as a practitioner in the Conservation civil society in Kenya. In the course of this work, he has been exposed to the management of natural heritage without reference to community needs and aspirations, leading to violations of human rights. He is an author of over 50 papers and articles on these issues, which form the central theme of ‘The Big Conservation Lie’ a book focused on Kenya co-authored with John Mbaria. He is currently the Director of Conservation Solutions Afrika, a natural resource management consultancy based in Nanyuki, Kenya. Dr. Ogada also has a keen interest in conservation education and engaging children and communities in environmental education outside in the field. Outside the sphere of heritage conservation, Mordecai is a keen student of African political history. 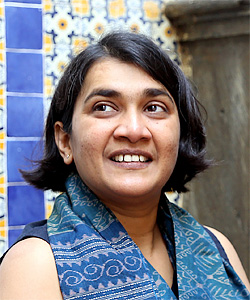 Jahnavi Phalkey was appointed Founding Director of Science Gallery Bengaluru in November 2018. Previously Jahnavi held a tenured faculty position at King’s College London. She started her academic career at the University of Heidelberg, following which she was based at Georgia Tech-Lorraine, France, and Imperial College London. Jahnavi was Fellow, Wissenschaftskolleg zu Berlin (the Institute of Advanced Study, Berlin). She was also external curator to the Science Museum London, and has been a Scholar-in-Residence at the Deutsches Museum, Munich. Jahnavi is the author of Atomic State: Big Science in Twentieth Century India and has co-edited Science of Giants: China and India in the Twentieth Century. She is the producer-director of the documentary film Cyclotron.

Jahnavi read civics and politics at the University of Bombay and the School of Oriental and African Studies, London. She holds a doctoral degree in history of science and technology from the Georgia Institute of Technology, Atlanta. 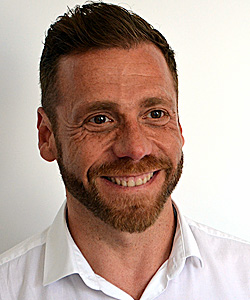 Sébastien Soubiran is director of the Jardin des sciences, a cultural department of the University of Strasbourg developing scientific outreach activities, in charge of a planetarium and the coordination of the preservation and the valorisation of university’s collections and museums. He trained as a physicist and an historian of science in Paris (Centre Alexandre Koyré) and Oxford (Museum of history of science and Faculty of history). His present research work is at the crossword between social history of science and museum studies. He teaches history of science, history of museums and scientific heritage management in master classes in Strasbourg. He shares the project management of the renovation of the zoological museum of Strasbourg with the museum director and the building of a new planetarium with the planetarium director. He is currently president of UNIVERSEUM, a European network dedicated to the preservation and promotion of academic historical heritage and ex-officio member of UMAC board, the international thematic committee of ICOM for University museums and academic collections.