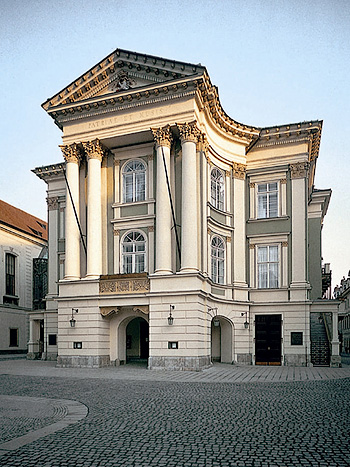 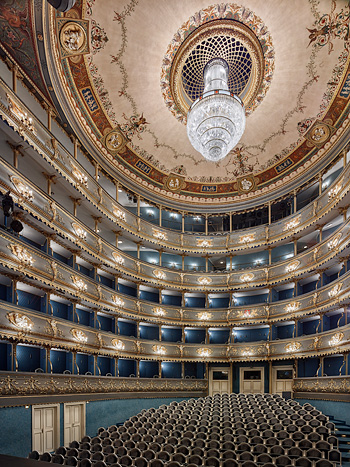 If we were to name the places at which Mozart himself premiered an opera of his and which still function as theatres, the one and only candidate in the world would be the Estates Theatre in Prague. Its construction was initiated by the enlightened aristocrat František Antonín Count Nostitz Rieneck, led by the desire to aggrandise his native city as well as the souls of its inhabitants. The construction lasted less than two years and the theatre was opened in 1783. The theatre is one of Europe’s oldest theatres and has been in continuous operation since the year it opened. The building itself was constructed in a Neoclassical style and, with the exception of the theatre in Leoben, Styria, is the only theatre of its kind in Europe to have been preserved in an almost original state to the present day. The Estates Theatre offers drama, ballet and opera performances, including one of the greatest jewels: the Don Giovanni opera.

If we were to name the works that connect Prague with global music and theatre, the top position among them would undoubtedly be occupied by W. A. Mozart’s Don Giovanni. And if we were to name the places at which Mozart himself premiered an opera of his and which still function as theatres, the one and only candidate in the world would be the Estates Theatre in Prague. The National Theatre Opera has proudly cherished this unique tradition for decades. Perhaps surprisingly, Don Giovanni, the renowned “opera of operas” created for Prague, has to date never been staged at the National Theatre by a non-Czech director.

Accordingly, the new production of the traditional Mozart opera at the unique Estates Theatre is actually at variance with the long tradition – this time, an adaptation of Don Giovanni was created by the Swedish-Norwegian stage director Alexander Mørk-Eidem in tandem with the German conductor and Mozart specialist Karsten Januschke. They were given wide interpretation space for the portrayal of the world-famous profligate, who so easily magnetises women and wins their hearts. Is Giovanni an incorrigible slave to his instincts, or is he a provocateur, rebel, revolutionary even, human and symbol, or is he a mere catalyst around whom Mozart thoroughly depicts the constantly changing universe of female emotions? To what degree will the new Don Giovanni at the Estates Theatre break with tradition in this regard?

Co-production with the Nationaltheater Mannheim. 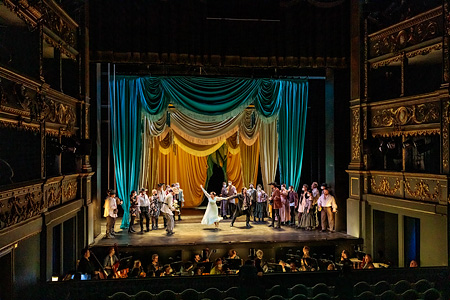 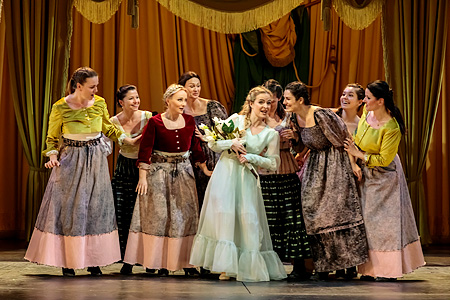 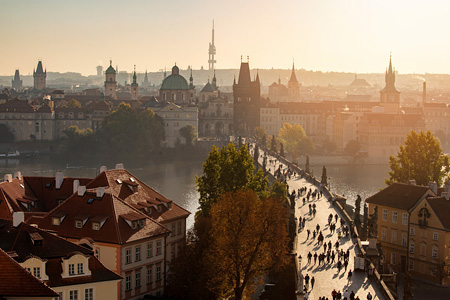 Prague City Tourism offers all participants of the ICOM Prague 2022 conference a reduced entrance fee to the most beautiful towers in Prague. Enjoy the magic of Prague from a bird's-eye view from one of eight historical buildings (more information here).

Prague City Tourism also offers a ride aboard the Tourist Tram No. 42, which connects the most popular sights in Prague on a circle line. Participants and their companions are eligible for discounted fares; you can buy a 24-hour-ticket directly on the tram from our staff.

In order to enjoy any of the above-mentioned benefits, just present your Conference Participant card. 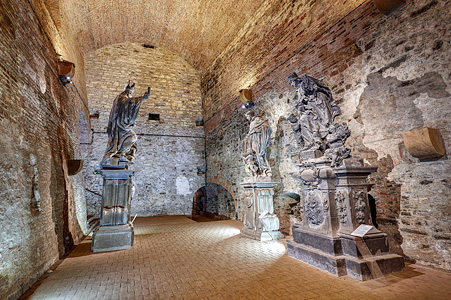 The Vyšehrad National Cultural Monument would like to offer an exclusive free guided tour of the Vyšehrad’s casemates (underground corridors) and the Gorlice Hall to all participants of ICOM Prague 2022 Conference for the time of its duration. The casemates can be found within only 15 minutes walking distance from the Congress Centre, in a beautiful park overviewing the whole of Prague. The guided tours take place from 10 a.m. to 5 p.m. daily and the Conference Participant´s card serves as the entrance ticket.