The Museum of Decorative Arts in Prague

The Museum of Decorative Arts in Prague aims to provide visitors with inspiration, insight and experience. Reopened in 2017 after a three-year reconstruction project, the museum has been expanding the scope of activities offered within its historical building, which forms a cultural whole in Prague with the Rudolfinum, a concert hall and exhibition building; the Academy of Arts, Architecture and Design; and the Faculty of Arts at Charles University. The museum’s rich collections are of international importance and contain numerous unique examples of glass art, porcelain, textiles, fashion, furniture, graphics and photographs. The museum’s House of Black Madonna location offers two floors devoted to a unique permanent exhibition of Czech Cubism. 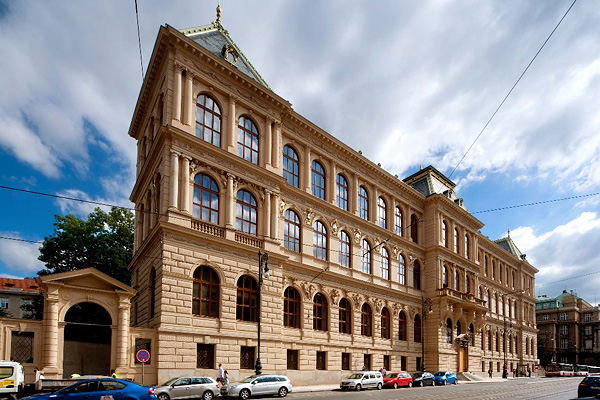 The art collections of the Roudnice branch of the Lobkowicz family belong amongst the oldest, most extensive and best-preserved private collections in Europe. The collections include tens of thousands of objects, including fine and decorative arts, weapons and armour, musical manuscripts, 65,000 rare books and 1.5 km of archival documents. The Lobkowicz collections were confiscated by Nazi and Communist regimes during the 20th century, but in the 1990s, the family reclaimed and reassembled their collections and made them available to the public. Exhibitions can currently be found at the Lobkowicz Palace at Prague Castle and at Nelahozeves Castle. 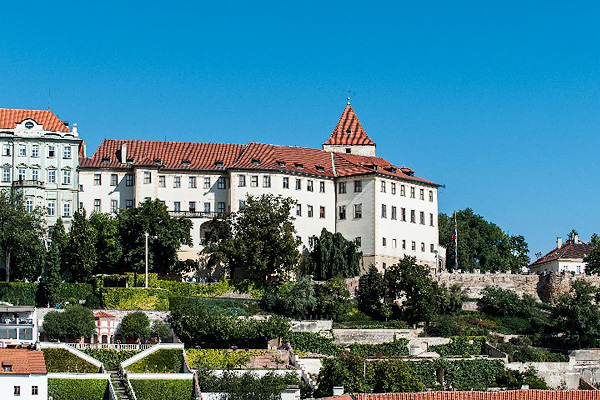 Puppetry has a long and remarkable history in the Czech Republic. In fact, Czech puppetry was recognized by UNESCO’s list of intangible cultural heritage in 2016. Preserving this cultural heritage and sharing knowledge of its development with the general public has been the mission of the Chrudim Puppetry Museum (MLK) since 1972. MLK is located in the East Bohemian town of Chrudim in the beautiful Mydlářov House, which was reconstructed in the Renaissance style from 1573 to 1577. Even today, visitors can admire the building’s rich figural decorations and two floors of arched loggias. The MLK manages over 50,000 collection items, which include more than 8,500 puppets from around the world, set pieces, recordings and more. 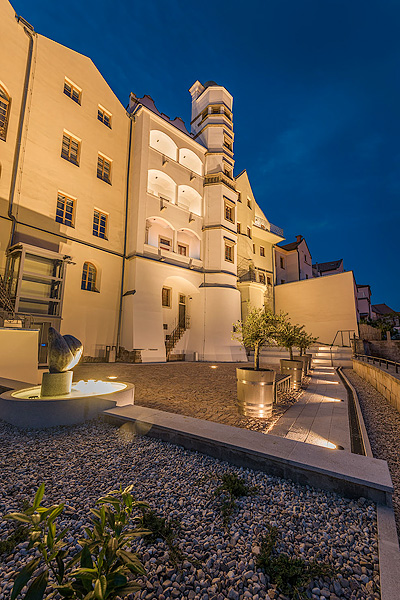 Gallery of Fine Arts in Cheb

GAVU, the Gallery of Fine Arts in Cheb, manages a collection of 19th to 21st century Czech art, as well as an extraordinary collection of Gothic sculptures from the Cheb region. GAVU presents its collections in permanent and temporary exhibitions within its main building¾the Baroque palace in Cheb’s main square. Since 2016 it has also managed the neighbouring Retromuseum, a museum of design and lifestyle from the period between the EXPO 58 World’s Fair in Brussels and the Velvet Revolution of 1989. The Retromuseum features a permanent exhibition and two temporary exhibition halls. 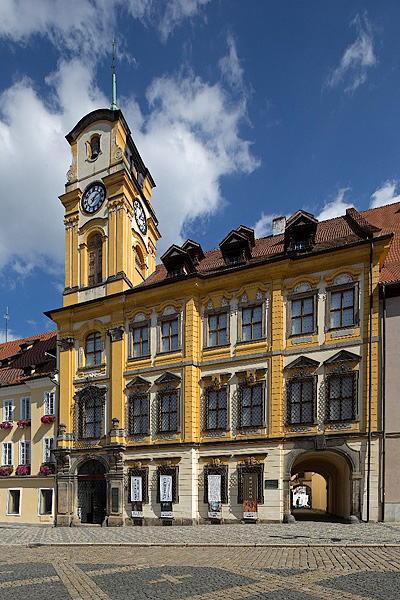 The Moravian Gallery in Brno

The Moravian Gallery in Brno is the second largest museum of art in the Czech Republic. It was founded in 1961 after collections from the Moravian Museum of Applied Arts and the Picture Gallery

of the Moravian Museum were unified. It operates five buildings: Pražák Palace, the Museum of Applied Arts, the Governor’s Palace, architect Dušan Jurkovič’s personal villa and Josef Hoffmann’s birthplace in Brtnice. The gallery’s Brtnice location is shared with the Museum of Applied Arts (MAK), Vienna. The Moravian Gallery is exceptional for the wide range of artistic disciplines it covers. In fact, it is the only art museum in the Czech Republic that is concerned with painting, drawing, graphic art and sculpture from the earliest times to the present, as well as photography, applied arts, graphic design and architecture. 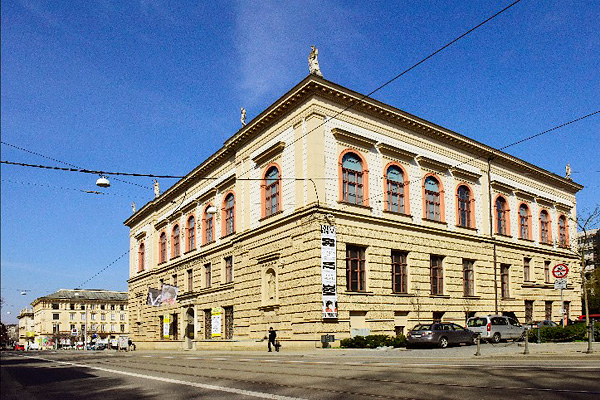 Museum of Art and Design Benešov

MUD*, the Museum of Art and Design Benešov, deals with art and design of the 20th and 21st centuries, mostly of Czech origin. The museum’s collections include works by leading artists such as Ladislav Šíma, whose name is also borne by the building’s ceremonial hall; Miloslav Chlupáč, a native of Benešov; Jiří David; Karel Nepraš; Daisy Mrázková; Dagmar Hochová; Libuše Niklová and Maxim Velčovský. The collections of MUD* were significantly enriched by a donation from the leading Czech art theorist Jiří Šetlík. MUD* creates a beautiful background for its art and for the loving community of Benešov in the social spaces of its café, library and garden, the latter of which is also a sculpture gallery under the open sky. 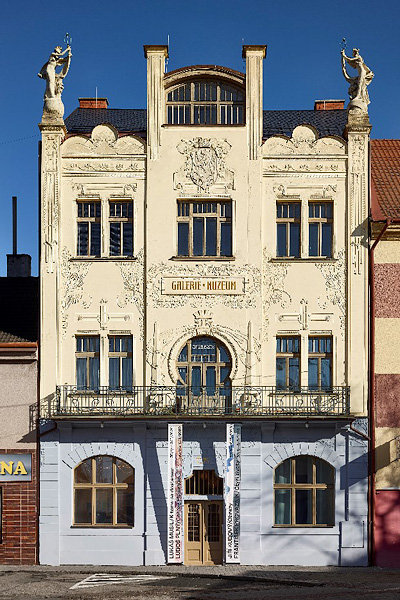 Museum of Art in Olomouc

The Museum of Art in Olomouc was established in 1951 and is housed in three buildings: the Museum of Modern Art, the Kroměříž Archdiocesan Museum and the Olomouc Archdiocesan Museum, which was awarded the European Heritage Label in 2016. The Museum of Art has amassed ancient, modern and contemporary works which amount to 185,000 objects, including a rich collection that focuses on fine art culture in Central Europe. This particular collection is to be assembled in a new building called the Central European Forum Olomouc. 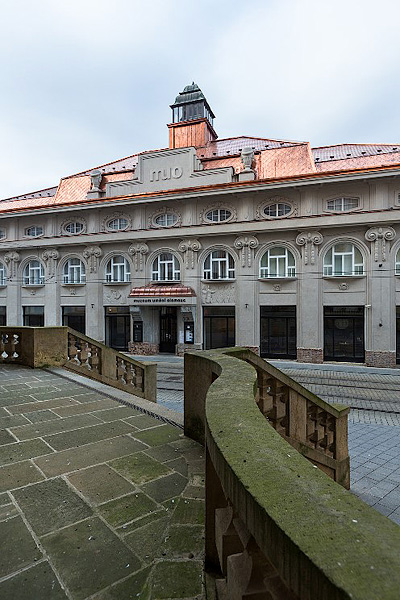 Museum of Glass and Jewellery in Jablonec nad Nisou

This state museum, housed in a striking Art Nouveau building with a modern glass extension, dates back to the 19th century. Its rich collections contain more than 12 million pieces and form a unique combination of Czech and foreign glass, as well as a globally important assortment of jewellery. From these collections, the museum has selected the very best for its permanent exhibitions ‘The Magic Garden – Bohemian Glass in Seven Centuries’ and ‘The Endless Story of Jewelery.’ In 2021, it will open an exhibition of glass Christmas decorations. Seasonally, a smaller exposition is open in the last preserved building of the historic glassmaking settlement Kristiánov in the center of the Jizera Mountains. 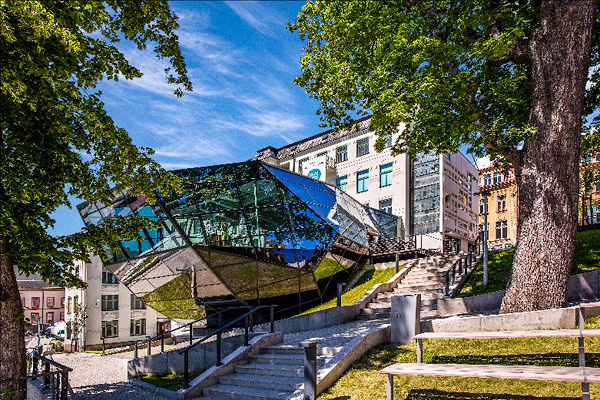 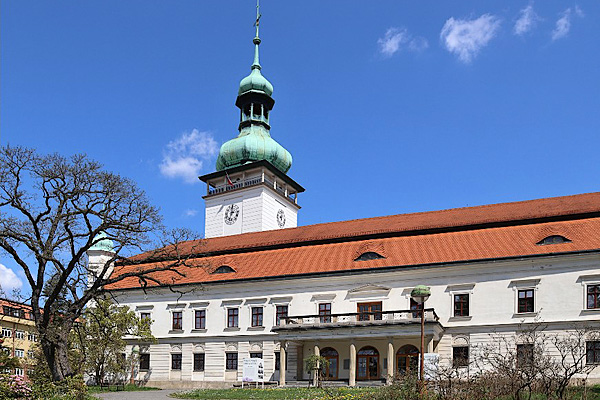 The North Bohemian Museum in Liberec

The North Bohemian Museum in Liberec is successor to the original Museum of Applied Arts, established in 1873. The museum’s initial collection was built with a focus on local glass and textile manufacturing traditions, especially in a European context. Among these foundations was a collection containing over 2,500 art objects, donated by textile industrialist and patron Heinrich von Liebieg in 1904. After 1945, the North Bohemian Museum incorporated various regional museums that had closed down, and the institution thus expanded to include natural science, national history and geography. 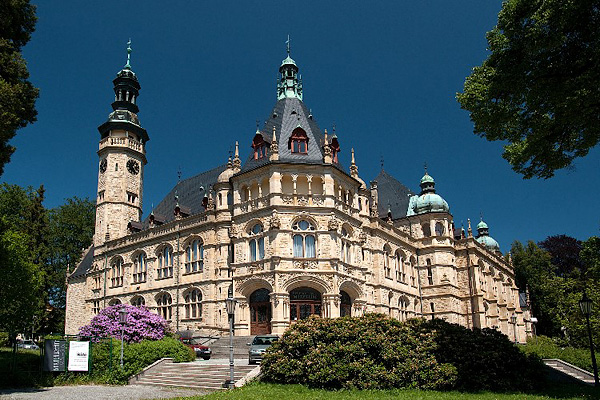 The Silesian Museum acts as a portal to Silesia, a historical region of Central Europe. The museum’s exhibits range from living creatures to inanimate objects, prehistory to art history. Founded in 1814, it is the oldest public museum on the territory of today’s Czech Republic. It administers six museum buildings and complexes. The Historic Exhibition Building in Opava offers a taste of the best that Silesia has to offer, giving an overview of practically all subjects of importance to Silesia and the museum. Topics such as defence and military science are covered in exhibitions at the Hlučín-Darkovičky Czechoslovak Fortification Complex and the Second World War Memorial in the village of Hrabyně. An extensive collection of plants is cultivated at the Nový Dvůr Arboretum in Stěbořice, and the Petr Bezruč Memorial in Opava and the Petr Bezruč Chalet in Ostravice provide sites for literary studies and exhibitions. 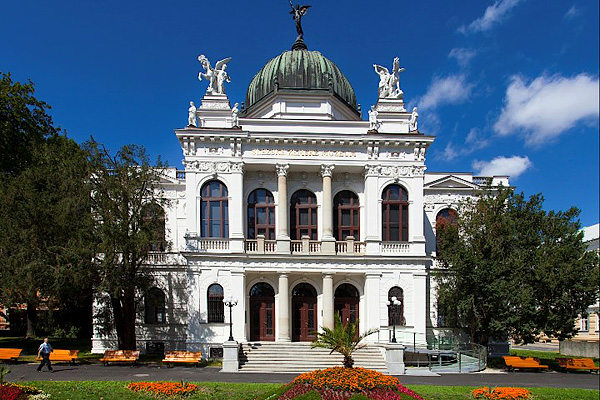 Museum of West Bohemia in Pilsen

One of the largest museum institutions in the Czech Republic, the Museum of West Bohemia in Pilsen was established in 1878. It offers seven permanent exhibitions in four museum buildings in Pilsen. Additionally, the museum operates a detached building in Rokycany, the Museum of Dr. Bohuslav Horák. One of the institution’s most unique exhibits is the Municipal Armoury of Pilsen in the museum’s Main Building. The Municipal Armoury is the largest conserved armoury in the Czech Republic. It was established in 1363 by Charles IV, King of Bohemia and Holy Roman Emperor. 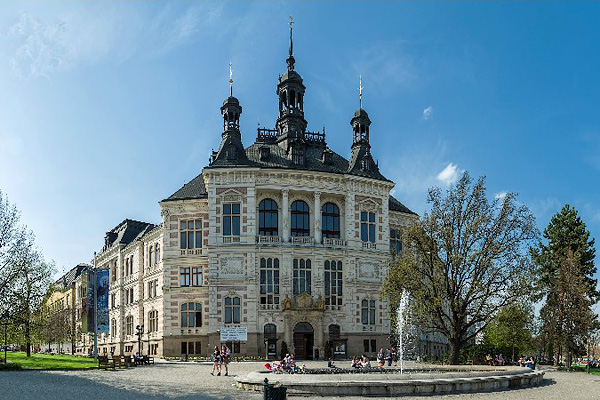