Purpose: Museums and the Civil Society 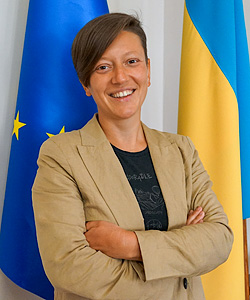 Kateryna Chuyeva is a Vice Minister of Culture and Information Policy of Ukraine (since September 2021). She has more than 20 years’ experience in the museum field. During 1998–2021 she worked for The Bohdan and Varvara Khanenko National Museum of Arts (Kyiv, Ukraine) as a researcher and keeper of the collection of Greek and Roman Antiquities, in 2018–2021 – as its Director General. Co-founder of the initiative of the Maidan Museum (now – the National Memorial Complex to the Heavenly Hundred Heroes and Revolution of Dignity Museum). Special researches and publications on the Khanenko Museum’ collection of Antiquities and Byzantine wall paintings on the Crimea Peninsula, on museum management and ICOM Ukraine’ projects. Participant of the international conferences since 2002. ICOM member since 2008, in 2019–2021 Chair of ICOM Ukraine. ICOMOS member. 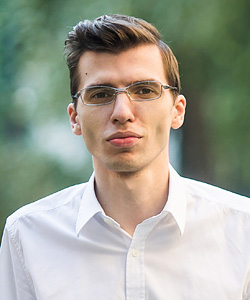 Jasminko Halilovic is the founder and managing director of the War Childhood Museum—the world's only museum exclusively focused on the experience of childhood affected by war—which has been awarded the Council of Europe Museum Prize under the European Museum of the Year scheme. Halilovic developed the War Childhood Museum from the War Childhood book, a mosaic of short memories that he collected from more than 1,000 people. Before the WCM, he founded several not-for-profit and for-profit entities. Jasminko holds a master’s degree in financial management. He has been a keynote speaker at various museum, peacebuilding, and entrepreneurship conferences in more than ten countries, and is regularly invited to present or teach at leading universities around the world. His books have been translated into six languages. For his work with the WCM, which expanded to become an international organization with offices in four countries, Halilovic was selected for the Forbes “30 under 30” list. 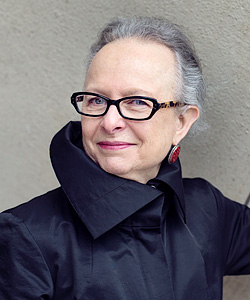 Barbara Kirshenblatt-Gimblett is the Ronald S. Lauder Chief Curator of the Core Exhibition at POLIN Museum of the History of Polish Jews in Warsaw and University Professor Emerita of Performance Studies at New York University. Her books include Destination Culture: Tourism, Museums, and Heritageand They Called Me Mayer July: Painted Memories of Jewish Life in Poland Before the Holocaust (with Mayer Kirshenblatt), among others. She has received honorary doctorates from the Jewish Theological Seminary of America, University of Haifa, and Indiana University. She was elected to the American Academy of Arts and Sciences and was decorated with the Officer’s Cross of the Order of the Republic of Poland for her contribution to POLIN Museum. She serves on Advisory Boards for the Council of American Jewish Museums, Jewish Museum Vienna, Jewish Museum Berlin, and the Jewish Museum of Tolerance Center in Moscow, and on the ICMEMO Advisory Committee, and advises on museum and exhibition projects in Lithuania, Belarus, Albania, Israel, New Zealand, and the United States. 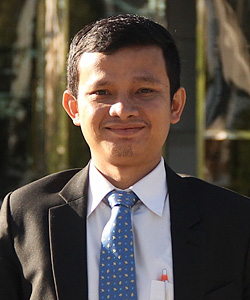 Hang Nisay is a Director of Tuol Sleng Genocide Museum under the Ministry of Culture and Fine Arts in Kingdom of Cambodia. He began his career at the Tuol Sleng Genocide Museum in 2009 and in 2016 was appointed as the head of the project and planning section as well as to be the coordinator for the education and exhibition program. He was able to meet the survivors of the Khmer Rouge and to share knowledge about the history of the Khmer Rouge to the students at various schools in the country. In 2019, the team and him successfully organized the temporary exhibition on “40 year: Remembering the Victims of S-21.” This was a significant part of experience working in the museum as they were able to publish the catalogue about the museum in 40 years dealing with remembering and peace education. In February 2020, he was appointed to be the director of the museum. Despite the difficult pandemic situation, museum continued taking care of the site and disseminate the history of the Khmer Rouge via online platform.