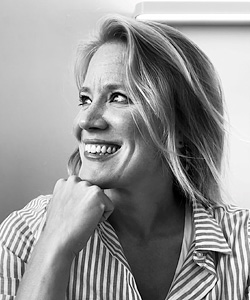 Head of digital & marketing Rijksmuseum. Bringing people closer together by sharing knowledge makes Nanet happy. In her role as Head of Digital & Marketing at the Rijksmuseum, she does that with art and history. The Rijksmuseum had created a storytelling platform during the Pandemic. The platform is the basis for all the museum's stories. With video streaming and other visual storytelling forms, such as scrolling-style articles, tours, 'zoomers', live events and podcasts. For young and old, for the curious visitor and for the enthusiast. The aim is to use Stories to engage with art lovers all over the world but also to encourage everyone to visit the Rijksmuseum. After all, nothing is better than the real thing, but the stories must provide a comparable museum experience. A digital visitor today is just as valuable. 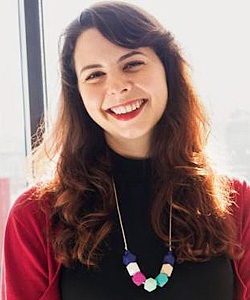 Business Development Manager, Media Molecule (Sony PlayStation). Sarah Brin is a futurist and digital design leader based in London, United Kingdom. She specializes in interdisciplinary partnerships between the arts, emerging technologies, and large organizations. She is a trained gallery educator, and although she has not worked in that capacity for some time, she foregrounds the themes of invitation, legibility, and inquiry in all her work. Sarah has delivered research, presentations, and public programs focused on artist-made games for institutions including SFMOMA, the Museum of Contemporary Art Los Angeles, the Toronto Art Gallery, the Hammer Museum, British Arts Council Tokyo, and many other organizations around the world. She has co-led the artists in residence program at the Autodesk digital fabrication Workshop in San Francisco, co-managed an EU-funded research project about digital capacity-building in Copenhagen, and led strategic partnerships for the George RR Martin-backed immersive design company Meow Wolf in Santa Fe. Currently, she manages strategic partnerships for Dreams, a digital creativity toolkit for the PlayStation. Sarah is a recipient of the Creative Producers International Fellowship, and you can find her co-authored chapter with Adriel Luis in Keir Weinstein and Susan Anderson's The Digital Future of Museums. You can learn more about her work at sarahbrin.com. 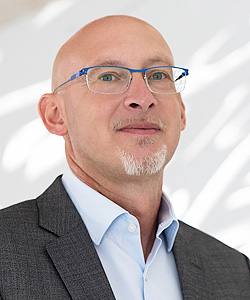 Executive Director of the Museum of the Future. Throughout his career, Lāth has been at the forefront of technology and museum practice. At the University of New Mexico’s Maxwell Museum of Anthropology, he created exhibitions while completing his degree in Cultural Anthropology. From there, Lāth’s interest in interactive design and engineering led him to becoming a designer and project manager at the Please Touch Children’s Museum in Philadelphia as well as the Franklin Institute Science Museum. From 2012 to 2015, Lāth held the position of Vice President of Exhibits and Content Development, at The Tech Museum of Innovation in Silicon Valley. In 2015, The Tech was awarded the highest honor an American museum can achieve: a National Medal for Museum and Library Service. Before his directorship at the Museum of the Future, he was a Founding Executive Director of Living Computers: Museum + Labs in Seattle, Washington, a project initiated by Microsoft Co-Founder Paul G. Allen. A beacon of hope in a world facing significant challenges is how Lāth Carlson, Executive Director of the Museum of the Future, describes the museum. He sees it as a critical new approach in museums, that aspires to empower people to make a better future. 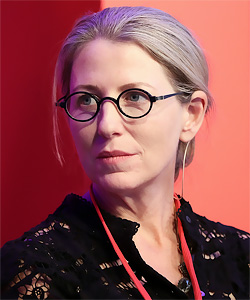 Professor Sarah Kenderdine researches at the forefront of interactive and immersive experiences for galleries, libraries, archives and museums. In widely exhibited installation works, she has amalgamated tangible and intangible cultural heritage with new media art practice, especially in the realms of interactive cinema, augmented reality and embodied narrative. Sarah has produced 90 exhibitions and installations for museums worldwide including a museum complex in India and received a number of major international awards for this work. In 2017, Sarah was appointed professor at the École Polytechnique fédérale de Lausanne (EPFL), Switzerland where she has built the Laboratory for Experimental Museology (eM+), exploring the convergence of cultural heritage, imaging technologies, immersive visualisation, digital aesthetics and cultural (big) data. Since 2017, Sarah is director and lead curator of EPFL Pavilions a new art/science initiative. In 2020, she was named in the Museum Influencer List 2020 – The Power 10 by Blooloop and, Switzerland’s Top 100 Digital Shapers by Bilanz in 2020 and 2021. In 2021, Sarah was appointed corresponding fellow of The British Academy.