The U Zlatého prstenu house has preserved fragments of late Gothic murals, and the house acquired its current basic layout in the second half of the 15th century. The museum acquired this building in 2016 and now offers its visitors a permanent exhibition of Prague Charles IV. – Medieaval city and Prague 1606 / Multimedia view of Prague of Rudolf II. The exhibition focuses on the urbanism of Prague's territory and its transformation in the 14th century, with an emphasis on the reign of Charles IV. and the Luxembourg dynasty. In several stages, it gradually reveals the fundamental chapters of medieval everyday life. A guided tour of our expert archaeologist will take you through this exhibition, where visitors will be reminded of the most interesting things in the history of the city's development. Another part of the program will be a concert of period medieval music, which belongs to these places, and we have already organized similar concerts here as a museum, and we look forward to being able to indulge in this experience with our museum friends. The third part of the program will be a guided tour of the current exhibition – The City as a Phantom / Prague Inspirations by Jarolav Foglar. Here we will present the Czech phenomenon of Stínadel and its possible reflection in the agglomeration of Prague and the mysterious world of Vont, together with the inspirations of their creator Jaroslav Foglar. 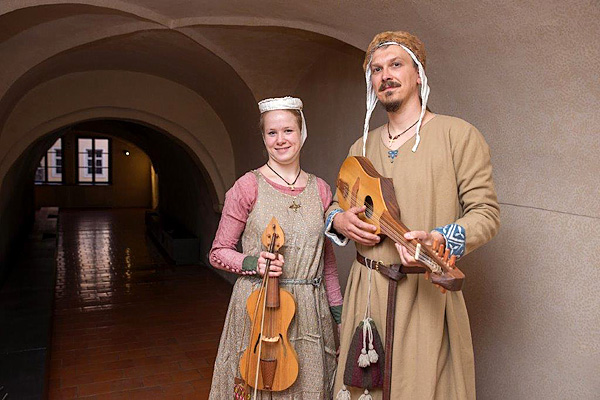