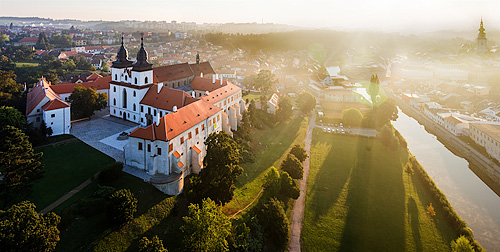 Before the devastation of WWII, Jewish settlements were spread across the Czech Lands, as they had been since the early Middle Ages. One of the most significant of these Jewish quarters has been preserved in Třebíč. With more than 100 houses, 2 synagogues, a Jewish town hall and other institutions, it is the largest preserved historical Jewish settlement outside of Israel. As such, it was inscribed on the UNESCO World Heritage List in 2003.

Close historical co-existence of Jewish and Christian cultures is on display at another, nearby UNESCO monument, the 13th-century Romanesque-Gothic St. Procopius’ Basilica. Located within the area of a former Benedictine monastery, the basilica is used nowadays as a seat of the Regional Museum of the Czech-Moravian Highlands – Vysočina Museum Třebíč. After short walks introducing the UNESCO sites as well as a Vysočina Museum visit, you will find out more about modern art at the Vysočina Regional Gallery in Jihlava through a unique sound art exhibition called IGLOO and many more. En route we will stop and pay a short visit to the birthplace of one of the most famous Viennese architects and designers, Josef Hoffmann, at the Josef Hoffmann Museum in Brtnice.

8:00
Departure from parking lot of the hotel Corinthia

10:45
Guided walk through the Jewish Quarter

15:45
Visit to the Vysočina Regional Gallery

Please be at the departure point 15 minutes prior to departure. 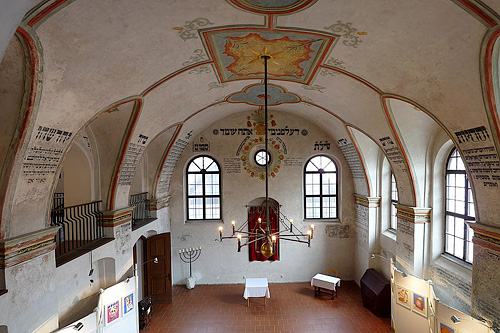 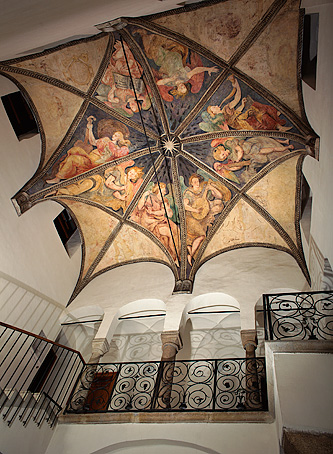 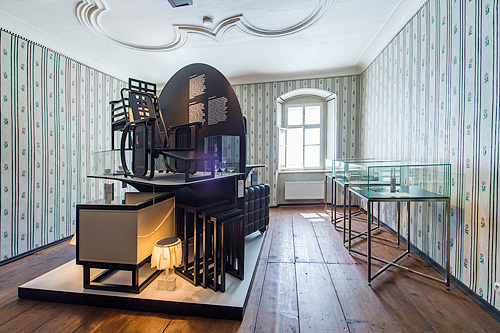