Spa culture and medieval structures: Františkovy Lázně and the Gallery of Fine Arts in Cheb 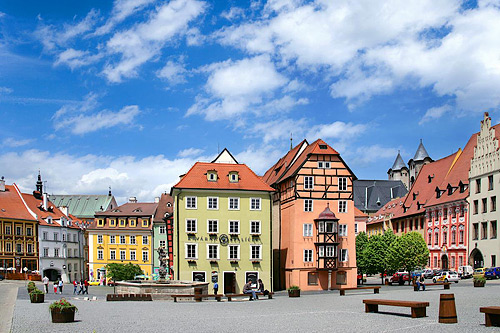 The Great Spa Towns of Europe, some of the newest additions to UNESCO’s World Heritage List, include three Czech locations: Karlovy Vary, Mariánské Lázně and Františkovy Lázně. These towns developed around natural mineral water springs and bore witness to the spa culture that developed in Europe from the early 18th century to the 1930s. They also had a great impact on the urban typology of numerous spa buildings – for example, kursaals, or kurhauses, amongst many others. Explore the charming architecture of Františkovy Lázně during a guided tour and taste one of many mineral springs which brought fame to the town.

Before that, however, our excursion will take you to Cheb (or Eger in German), a medieval town located right on the border with Germany. Its location has brought many advantages to the Czech Republic, including one of very few preserved ‘Kaiserpfalz’ castles which served as temporary seats for Emperors of the Holy Roman Empire – this one namely for Fridrich Barbarossa. In addition to the castle, a unique complex of houses from the 13th century has been preserved right on Cheb’s main square. This architectural group is called Špalíček and is characterized by its ‘half-timbered’ structures. Also found in the main square, the Gallery of Fine Arts in Cheb is one of the local museum institutions which works as a cultural hub. Besides collections of 19th and 20th century art, part of the gallery, called the Retromuseum, features exhibitions about Czech design and lifestyle from the 1960s to the 1980s. Guided tours of the castle, gallery and museum will close the day before our return to Prague.

8.00
Departure from parking lot of the hotel Corinthia

12:45
Guided tour in the gallery, free time in the Retromuseum

Please be at the departure point 15 minutes prior to departure. 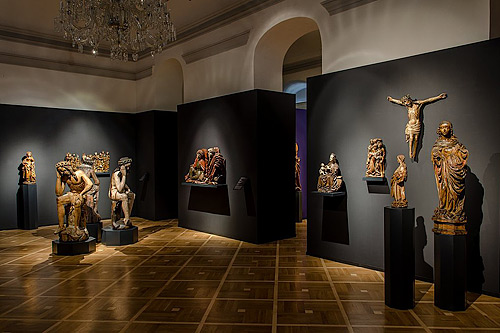 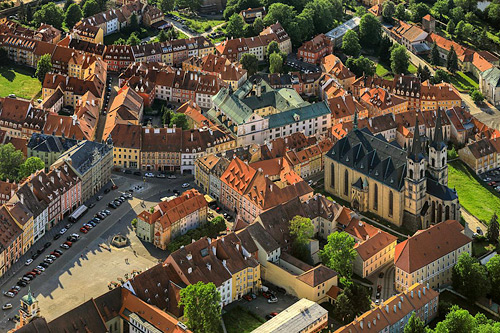 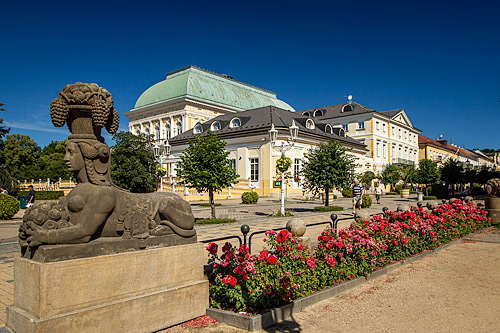